The current Board of Directors was adjusted at the General Meeting on 7th July 2016.

She has been working in the field of facility management since 2001 in managerial positions on the part of corporate clients. She has extensive experience in working environment preparation projects as well as providing comprehensive facility management services mainly in the IT/TELCO segment. The most important include the preparation of premises and opening of the European IT center for customer support at the European level by Hewlett Packard and in creating company headquarters for O2 Slovakia (Telefonica S.A.) and system management of the company’s sales network.

Currently she holds the position of head of department for the purchasing, logistics and administration in O2 Slovakia buildings.

Silvia Nagyová was elected President of the Association in April 2015 by the General Assembly of SAFM. Until then, she held the position of member of the Board of the Slovak Association of Facility Management.

He has been working in the field of facility management since 1992. In his career, he went from the municipal sector to multinational companies such as Slovak Telekom (Deutsche Telekom Group), Strabag PFS and ISS Facility Services. He worked in top management positions on the part of clients and on the part of providers. His most significant projects were the outsourcing of facility management section for Slovak Telekom and integration of FM services in Slovenské elektrárne (Enel). He currently serves as an independent consultant in the field of FM.

He is a founding member and board member of the Slovak Association of Facility Management (SAFM) and is also active in the international organization EuroFM.

Martin Záhora, Member of the Board

Martin Záhora has been a member of the Board of the Slovak Association of Facility Management since 2015.

Miroslav Kukla, Member of the Board

Since 1996, he has been actively involved in the area of curtain walling and construction holes. He is Managing Partner and CEO of B.E.Service, spol. s r.o., a company dealing with service, maintenance and repair of curtain walls. The company is one of the leading providers of these services on the local market.

Lubomír Šivec, Member of the Board 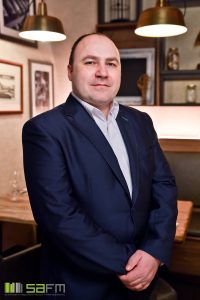 He has been active in the area of facility management since 2014. Before that, he worked in the construction area on several levels, which allowed him to gain experience with bringing buildings into operation.

In the area of facility management, he worked as Property Manager for constructions belonging to Poštová banka group. Currently, he is Executive Director of the Facility Management and Cleaning Division at Edymax SE.

In 2017, he has successfully passed the pan-European Site Manager certification.

Marek Horský, Member of the Board and Secretary 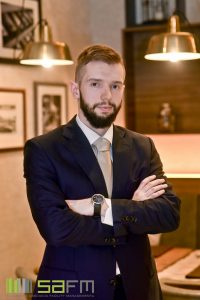 In 2011 he graduated from the Slovak Technical University in Bratislava, Faculty of Civil Engineering
Department of Building Technology. After finishing the doctoral studies in 2013 he began working in the banking sector in which he operates to this day. He was in working positions as construction engineer, internal auditor, HVAC engineer and currently working as property manager.

In 2012 he graduated from postgraduate studies in Facility Management. He is a holder of internal auditor certification for the Quality Management System ISO 9001: 2009.

Since 2015 has been a member of the Board of the Slovak Association of Facility Management. 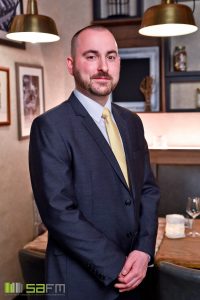